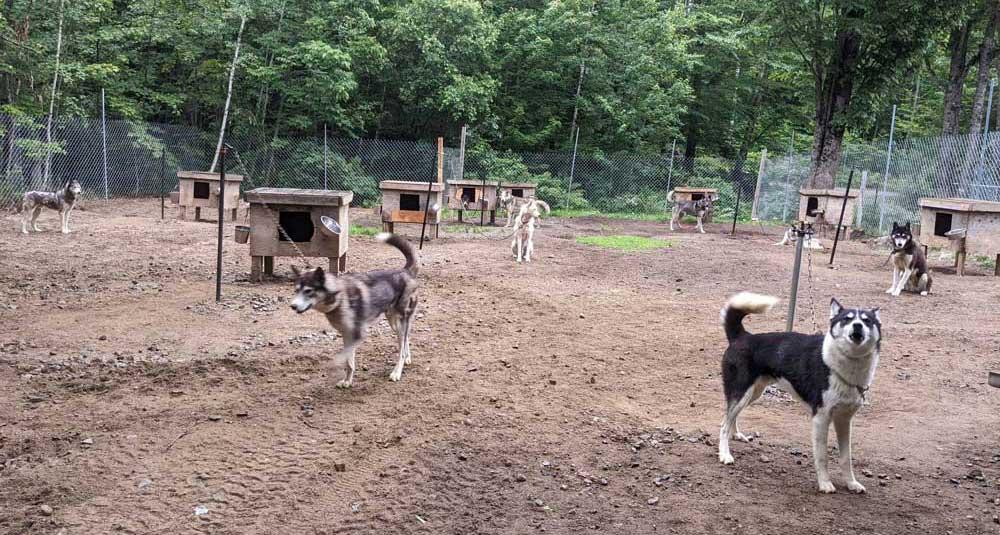 I know it's been a long while since I wrote a post. In fact, the last blog post was written the day before our accident. I honestly haven't had the desire to write, not even in my own private journal, since January 19th. It's only in the past few weeks that I'm beginning to feel as though life is getting back to normal - or at least what my new 'normal' will be.

Iditarod signups are approaching for 2023 and yes, I plan on signing up! I had always wanted to run the Northern route of Iditarod as opposed to Southern (which is what the route will be next March) but I don't want to push it off an extra year. So I'll be returning to Willow in early September to start training the team. 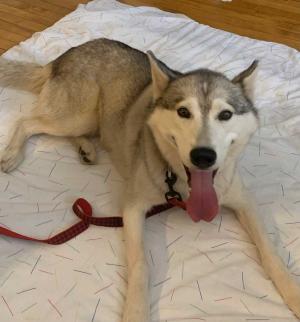 The dogs who were injured in the accident are pretty much healed up. After 9 weeks of crate rest to let his broken pelvis heal, Kona went through a month or so of physical therapy twice a week, and during that time was slowly allowed more and more activity. He's been back to 100% home activity level for over a month now, but still needs to work on building back muscle and stamina with long walks. Since his pelvic area looks visibly misaligned now I took him to a chiropractor here in NH last week and that seemed to have made a noticeable difference, so he goes back to her for another adjustment next week.

Felicity was still limping on her wrist off and on up until about a month ago, but she has gone on a few 1/2 mile leash walks in the past few weeks and seems to be handling that ok so far. She has not regained 100% flexibility in that wrist, despite 3 months of laser treatments and an Assisi Loop, so it's unclear whether she will be able to run competitively again. I hope to be able to get a run or two in before I leave for Alaska to assess how she's doing late summer. I'm not holding out too much hope however, which I'll admit has been a major source of depression for me this spring. Felicity is an amazing leader, even better than her mother Sami was, so losing her from the team will be a serious bummer.

Thankfully Flint appears to be fully healed and was able to do some short runs with the team in springtime and hopefully he doesn't have any recurring issues as the runs get longer this fall. 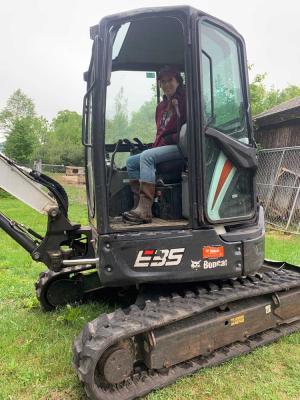 Meanwhile at home in NH we've been busy expanding the dog yard to have enough room for both Megan's and my dogs. Megan rented my house while I was in AK and wanted to continue renting for another year, so we're 'roomies' this summer and currently have over 50 dogs between the two of us. The dogyard expansion looks amazing but is still a work in progress. It's been pretty fun having a roommate and I sure do appreciate having Megan's help with the dogs and house/yard. It's also a blessing to have someone I trust to take care of retirees and pups when I return to Alaska.

I've had a bit of a run of bad luck the past 6 or so weeks with appliances and vehicles breaking down, sick dogs (I'm writing this while sitting in my car at the e-vet waiting to be seen), and medical issues (sprained my ankle immediately after getting back) but I figure this means I'm just getting all the bad luck out of the way before I go back - right? RIGHT?? Maybe 2022 is just not my year. I mean, it's 2020-too, after all!

That's one thing I've managed to avoid though: COVID. So far. I probably just jinxed myself with that statement.

Hard to believe I'm already halfway through my time back East for the off-season and will be heading back to Alaska in just a little over 2 months. I'm both looking forward to returning and somewhat afraid at the same time. I still have flashbacks pretty frequently and although my therapist is helping me figure out some tools to deal with the memories better, I worry that going back to training near the accident site will cause a lot of anxiety. I'll be staying in the same rental house this season and hope/plan to put in a different winter trail to use but the fall training trail will go past that spot. There's just no way to avoid that. Then again, facing it again may help me move forward better.

It's definitely a totally different feeling this year than last year. Last year I was checking the Iditarod website weekly for any information regarding signups, counting down the weeks/days, and well into fundraising and planning and packing by June. This year it's, "Oh geez, Iditarod signups are next week... I should probably get on the ball with some fundraising soon. I wonder if they've posted any info yet?" It's odd to feel a sense of 'been there, done that' when I haven't actually DONE it yet!

Stay tuned for info on new products and a few fundraisers we have planned. I won't need to do quite as much fundraising this time around as many of the supplies I purchased last season for Iditarod are waiting for me in Alaska for this upcoming season (minus the perishables, which the dogs and I already ate, lol!).

And a shoutout of thanks - again - for all the support everyone has given me and the dogs the past 5 months. Sibersong Strong! We will prevail, we will finish what we started, we will go to Nome in 2023.